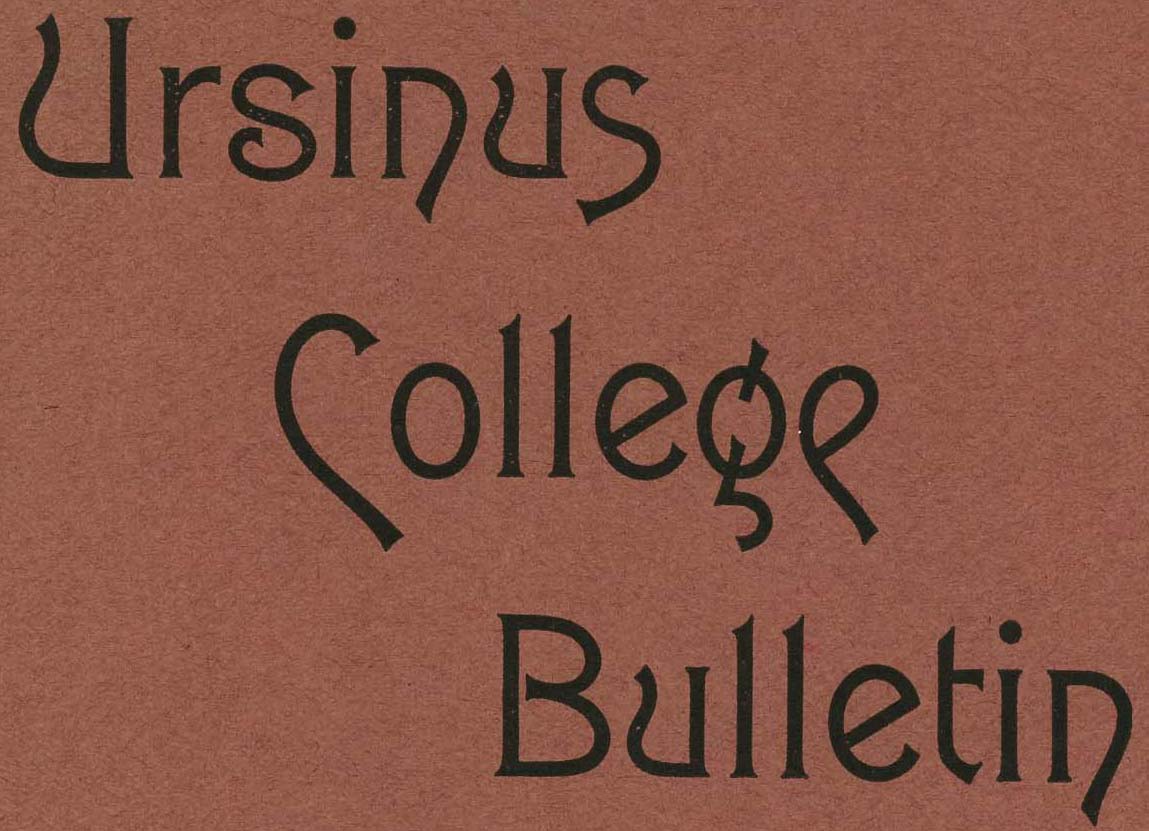 The Ursinus College Bulletin was the chief news outlet for the College, published and distributed to subscribers from 1885 until 1902, when the Ursinus Weekly newspaper took over that function. It appeared approximately once a month during the school term. Coverage includes campus and alumni news, official statements, speeches of officers, visiting speakers and students, book reviews, and general higher education and Reformed Church news both regionally and around the world. In its later years, it also contained literary contributions in the form of short stories and poems. Advertisements of historical and local interest can also be found in its pages. It was initially written and edited by alumni, but in 1893 undergraduates assumed these roles.

"The chief purposes of the Bulletin are: Statedly to furnish facts concerning the current life and work of Ursinus College; to promote closer fellowship between the college and its friends, and to stimulate zeal for the vital interests which it represents; to supply items of literary and religious news, with special regard to a higher Christian education and the evangelizing work of the church; to afford members and friends of the college a medium for occasional contributions; and to give assuring proof of the fidelity of the institution to the principles and aims for which it was founded, and of its efficiency in their maintenance and pursuit" -- from Vol. 1, No. 2.