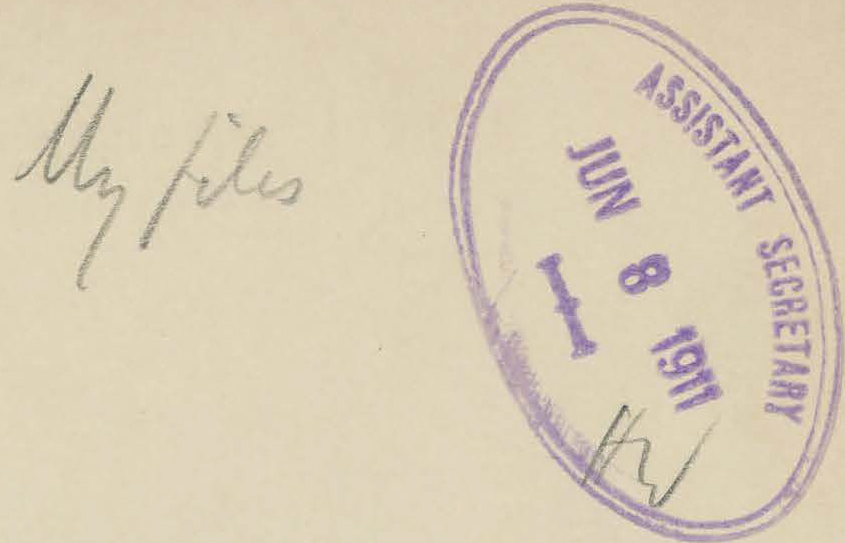 The document is a copy of typed notes concerning official receptions for newly arrived ambassadors.

The ricevimento, or official reception at which a newly arrived ambassador first meets the diplomatic corps as a whole and a large body of the officials of the Government to which he is accreditated, is held at the embassy on an evening about a month after the presentation of the ambassador's letter of credance and always at a date when the Congress is in session, the exact date being fixed after consultation between the embassy and the office of the third Assistant in the Department of State.

Formal invitations are sent to all members and ladies of the diplomatic corps, the words "In Uniform" being, in this case, place in one corner. Invitations are also sent to a list of American officials and the ladies of their families which is supplied the Embassy by the Department of State. This list includes the Cabinet, the Speaker of the House of Representatives, the Chief Justice of the United States and the Associate Justices of the Supreme Court, the Comittee on Foreign Relations of the Senate, the Comittee on Foreign Affairs of the House, the principal officials and other officers of the Department of State dealing with foreign affairs, and the principal officers of other Departments who ordinarily have any relation to diplomatic affairs, including officers of the Army and Navy stationed in Washington, and others.

The Third Assistant Secretary of State and one or two other officials of the Department of State place themselves at the disposition of the embassy to facilitate on the occasion of a reception the presentation to the ambassador and his wife.

The ambassador also confers with the doyen of the diplomatic corps as to the fixing of the date and generally in regard to the reception.

The document is stamped in the upper right corner: "Assistant Secretary, Jun 8 1911."