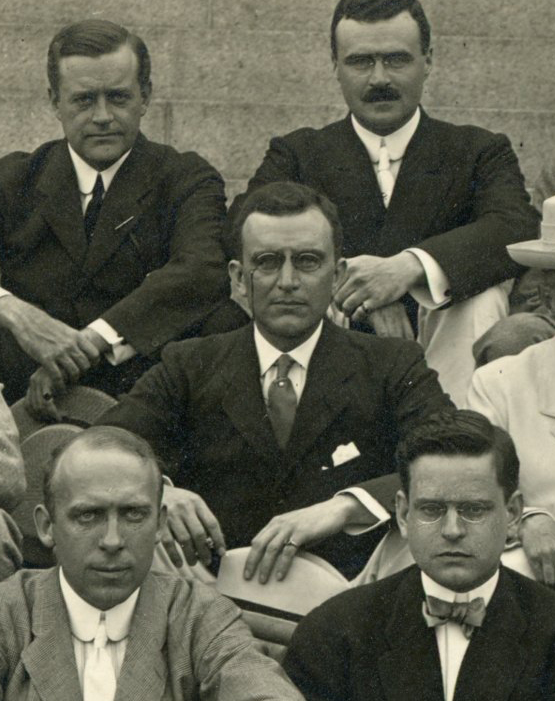 Memorandum From Alvey A. Adee to Francis Mairs Huntington-Wilson, April 13, 1909

The document is a typed memorandum from the Second Assistant Secretary of State to Francis Mairs Huntington-Wilson on the topic of immigrant laborers and the need for regulations and conditions imposed by a special Department of Labor.

My memorandum, written at the time when the Japanese school question and the western labor strikes were uppermost, followed much the same course of initial reasoning as your sketch.

I premised that we had outgrown our elementary theory of affording an eleemosynary refuge for those of other countries who couldn't get along at home, that our available remaining stock of homesteads would have to be economized to provide for the legitimate needs of our own citizens, and that the time had come to afford employment to the millions of native American laborers we have reared and no longer subject them to the ruthless competition of non American labor. Of the millions of immigrants coming year by year, almost all are toilers who have failed at home -- Markham's "Man with the Hoe", in short, - ignorant, without conception of the true ideals of democracy, and for the most part unassimilable to to our body politic, but rather herding together in colonies having nothing in common with our national life.

1. That the number of laborers to be admitted in any one year should be fixed annually in accordance with the ascertained need for labor, the total to be allotted pro-rata among the several emigrant countries.

2. That a special Department of Labor should be created, to regulate the number admitted; to take charge of them on landing; to assign them to the fields of labor where needed; and to have surveillance over them during the probationary period of five years.

3. That the conditions of emigration should be
a. Individual fitness, worth and intelligence to a degree justifying the probability of orderly assimilation, as good citizens.
b. Ascertained capacity to perform some kind of needed manual labor and to earn bread for themselves and families.
c. Declared purpose, under oath, to acquire American citizenship if at the end of five years found fit for it.
d. Annual examinations by the Department of Labor.

4. Upon these initial conditions being accepted each immigrant laborer to be licensed for five years - subject to surveillance and periodical examination as above. Those failing in the probationary period to be re-ported.

5. At the end of the license term of five years, those found well advanced in the path of assimilation and fitted to enter upon the duties of citizenship to be naturalized. Those not found fit, or who might not fulfill the initial pledge to acquire citizenship to be re-ported.

The cooperation of foreign Governments is naturally to be expected, in their own interest. Many Governments now regulate emigration to correspond to our immigration laws, and only permit, by passport, the departure of those who by our laws are admissible.

Office of the Second Assistant Secretary,
Department of State, April 13, 1909.